Effective protective welding equipment concept protects employees from hazardous substances. The example of Wimmer Hartstahl GmbH & Co. KG in Thalgau, Austria, shows how an air pollution control concept for the entire general ventilation air not only convinces the employer, but also takes the needs of the employees into account. Together with KEMPER, the metalworking company implemented a mix of measures consisting of source extraction and general ventilation – with positive effects even beyond the protection of employee health.

For more than 35 years, Wimmer Hartstahl has been manufacturing attachment tools for hydraulic excavators. The product portfolio ranges from standard excavator buckets, tunnelling buckets and demolition grippers to a variety of drilling equipment and special tools. The family business relies not only on its own research and development, but also on modern production technology. However, the existing welding fume extraction system had become outdated. The technology was no longer able to effectively capture and separate the hazardous substances produced during welding.

Even the handling during the welding process was no longer easy for the employees. The welders themselves lost more and more confidence in the extraction technology. Wimmer Hartstahl regularly pointed out that the extraction system must be used correctly. “As an employer, we are obliged to comply with the statutory provisions in the interests of our employees. It is our duty to provide our employees with a clean workplace”, says managing director Andreas Wimmer.

As a result, Wimmer Hartstahl rethought the entire area of protective welding equipment. Compliance with the limit values for maximum workplace concentration applicable in Austria (MAK) also played a role. But much more important for the company was the health of the employees themselves. Depending on the processes used and, particularly, the filter materials, welding fume particles have a lung-damaging to carcinogenic effect. Since 2018, the World Health Organisation has even classified welding fumes as carcinogenic. 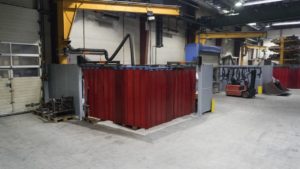 Against this background, Wimmer Hartstahl explored the market extensively for appropriate protective welding equipment. Within the open competitive comparison, the manufacturer ultimately relied on the extraction know-how of KEMPER GmbH. “The overall solution was a perfect fit for us right from the start”, emphasises Wimmer. “During the consulting phase, KEMPER responded individually to our requirements regarding extraction technology and noise protection.” KEMPER designed a tailor-made air pollution control concept for the welding shop along the special requirements. Using 3D visualisation, the extraction specialist made the planning comprehensible at all times. In order to create a positive overall working environment, the end result was a mix of different protective welding equipment. The focus was not only on the welders’ working area, but on the entire indoor air quality.

KEMPER integrated a prescribed source extraction system for each of the six welding stations. Thanks to the five-metre long extraction arms, welders benefit from greater freedom of movement at their workplaces – regardless of the workpiece to be processed. Due to their optimum design, the extraction hoods extract up to 40 percent more welding fumes than conventional solutions, so that less tracking by the welders is required. But if you adjust the source extraction systems, they hold themselves unsupported in the desired position. Because the extraction hoods can be rotated through 360 degrees, comfort for the employees is increased.

But this is not enough: The protective welding equipment concept for Wimmer Hartstahl goes one step further. No matter how effective the welding fume extraction is at the point of origin, small amounts of welding fumes or grinding dust can still escape into the indoor air due to operating errors, for example. For this purpose, KEMPER additionally integrated a general ventilation system that filters undetected hazardous substances from the air. Designed for the size of the hall, the push/pull system detects the hazardous substances rising in the upper area of the hall due to the thermal effects of welding fumes and grinding dusts. Displacement discharge pipes near the floor support the natural uplift of the dust. With the general ventilation system arranged opposite, the cleaned indoor air flows out on one side and is drawn in again on the other side. This mixed ventilation principle permanently generates a horizontal air flow that captures any remaining hazardous substances. 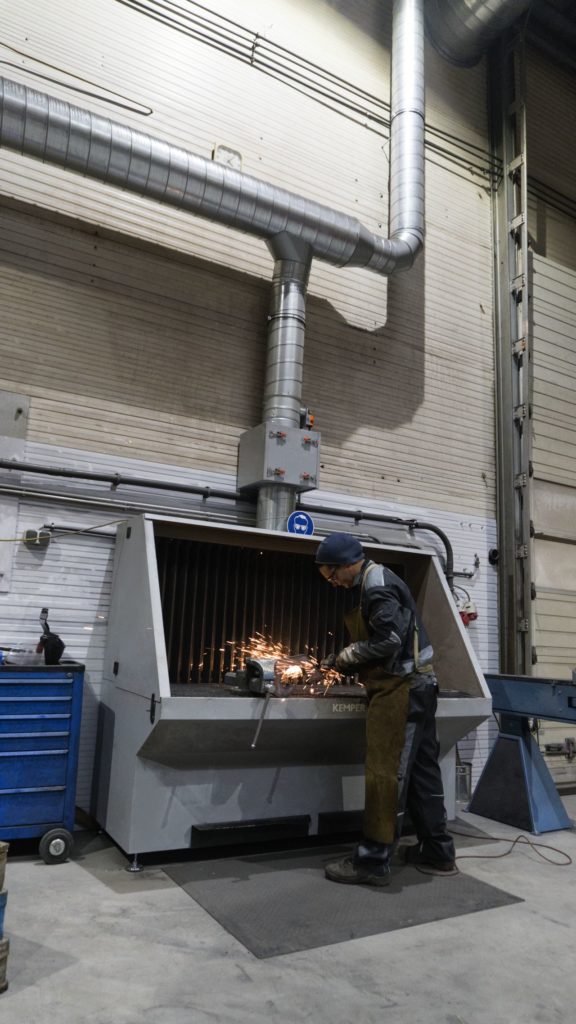 The high-performance filters are able to effectively clean the contaminated air and return it to the production hall as circulating air. This makes the already heated indoor air ready to use again. This saves energy costs, especially in winter. The system is also equipped with a two-way distributor. Depending on the material processed, the proportion of fresh air can thus be influenced in accordance with legal requirements. For space reasons, the extraction specialist integrated central filter systems outside the hall. The systems are capable of separating welding fume particles with a size of less than 0.1 µm from the contaminated air – and this to more than 99.99 percent of all detected particles.

Installation of the air pollution control technology during operation

The entire installation was carried out during ongoing operations in the holiday period. So the remaining welders continued working in one part of the hall, while KEMPER took over the assembly in the other. After the first project phase was completed, the areas were switched over. By establishing clear units, the hall is much more structured than before. Protective noise screens and welding protection strips at the entrances ensure that the workplaces are separate from one another. This allows the welders to work undisturbed at their respective workplaces and reduces the overall noise level in the hall. Thanks to the light-coloured walls and a previously integrated, new light-coloured hall floor, the hall now appears altogether more friendly. “This underlines the positive overall impression for our employees and creates a more pleasant working atmosphere”, says Wimmer.

However, the good indoor air quality remains decisive for Wimmer Hartstahl: “Today, the welders feel much more comfortable. The extraction technology has been proven to work effectively”, emphasises Wimmer. The consequence: The welders trust the new technology and use it. Another side effect: The news of the investment of Wimmer Hartstahl gets around in the region. “In Austria, we are suffering from a shortage of skilled workers”, says Wimmer. “Since the implementation of the air pollution control concept, we are even receiving speculative applications again.” By means of effective extraction technology, Wimmer Hartstahl is not only protecting its employees, but is also setting off into the future in compliance with statutory regulations and with committed employees. 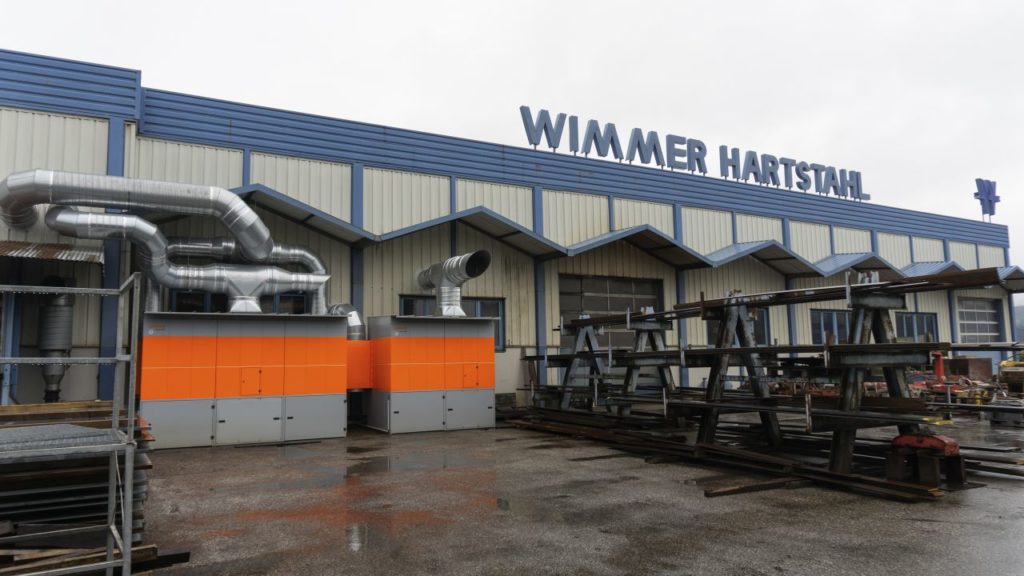 Safe welding in times of corona: How protective welding equipment helps against the virus – and welding fumes