Dust limit values during welding: These values differ greatly around the world

Occupational health and safety is an important issue not only in Germany. The regulations are also gradually tightening internationally. One example of this is provided by Great Britain with stricter controls on dust limit values during welding. But how are dust limit values regulated worldwide and what are the differences?

Up to around 10 micrometres in size, the particles of what is known as inhalable dust (E-dust), which can be absorbed via the respiratory tract. But even more than that: During welding work, alveolar particles (A-dust) are almost exclusively released. With a maximum size of 2.5 micrometres, its particles can penetrate into the alveoli and bronchioles of the lungs. 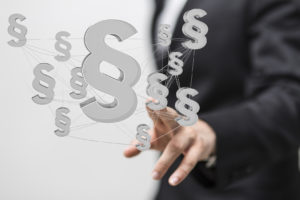 In Germany, a workplace limit value is therefore very strictly regulated and laid down in TRGS 900 by the Committee for Hazardous Substances (AGS). Since 14th February, 2014, a general dust limit value of 1.25 mg/m³ for A-dust and 10 mg/m³ for E-dust applies here as the shift mean value for a daily working period of 8 hours and a 5-day working week. The general dust limit value always applies if there are no special regulations for other substances. In Germany, for example, a much lower occupational exposure limit value applies to manganese, at 0.2 mg/m³ for E-dust and 0.02 mg/m³ for A-dust.

Dust limit value: Great Britain is one of the strictest countries

However, occupational health and safety is of great importance not only in Germany, but also in other countries. Similarly, the UK is one of the safest and best places to work. The Health and Safety Executive (HSE) in the United Kingdom, has acted as the national government and regulatory body for health and safety at work since 1984. As of February 2019, the requirements of the HSE with regard to the control of compliance with dust limits for welding fumes, including structural steel welding fumes, have been intensified. Here, the limit value is 4 mg/m³ for A-dust and 10 mg/m³ for E-dust. Companies that carry out welding work must also ensure that the welding is carried out there in such a way that effective engineering controls are provided and properly used to control the fumes generated by this welding work.

According to research by the World Health Organization (WHO), workplace health initiatives worldwide can help reduce employee sick leave by 27 percent and corporate healthcare costs by 26 percent. As the inhalation of A-dusts during welding can lead to severe health problems such as asthma, lung and cardiovascular diseases and even to increased tumour rates, the definition and compliance with dust limit values is elementary in order to protect employees effectively. But what is the actual situation at international level? How are the dust limit values currently laid down in Europe and worldwide? 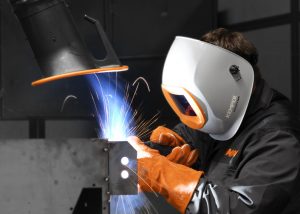 While Germany and the Netherlands prescribe a very low limit value, 11 of the listed states allow up to 5 mg/m³. Only China and Latvia are slightly below this level at 4 mg/m³. The following overview shows the differences in how selected countries deal with the risks:

At the end of 2006, new Dutch legislation on occupational health and safety was adopted to ‘stimulate’ and strengthen the responsibility of employers and employees for occupational health and safety policy. The aim was to reduce and simplify existing legislation and to shift responsibility from government to industry. As a result, employers and employees can now set most limit values at the workplace themselves. The Social and Economic Council of the Netherlands (SER) has established 150 legal (public) values for hazardous substances that pose a particularly high health risk, including a dust limit value for A-dusts of 1 mg/m³. The Dutch Labour Inspectorate is responsible for monitoring these legally binding limit values. If no limit values are set for a specific hazardous substance, employers must set their own (administrative) limit values in such a way that the health of workers cannot be harmed.

The Occupational Health and Safety Administration (OSHA) in the USA officially sets a welding dust limit of 5 mg/m³ for an eight-hour working day. This limit value applies to the total concentration of vapours generated during the welding of iron, construction steel or aluminium. OSHA provides applicable standards and proposals to protect welders and workers from the many hazardous substances in welding fumes. Occupational health and safety is also taken seriously in the USA, even though the dust limit is four to five times higher than in Germany or the Netherlands.

In Australia, the independent government agency Safe Work Australia is mainly responsible for improving health and safety at work and the prevention of occupational accidents. The Board consists of 15 members, including an independent Chairman, nine members representing the Commonwealth and each state and territory, two employee representatives, two employer representatives and the Chief Executive Officer of Safe Work Australia. Under Australian occupational health and safety legislation, exposure standards are mandatory standards that must be complied with. In Australia, a dust limit of 5 mg/m³ is specified for welding fumes. Safe Work Australia is currently conducting a review of the role and application standards for limit values in Australia. Here, too, businesses must prepare themselves for more stringent controls with immediate effect.