If metal processing companies want to protect their employees and equipment, then filter technology plays an essential part for automated processes. Clausthaler Laser- und Werkstofftechnik GmbH agrees with this statement. After adding fiber laser cutting of pipes to its portfolio, an extraction plant cleans the air from hazardous substances using innovative filter technology.

No new business area without modern filter technology: That was clear for Clausthaler Laser- und Werkstofftechnik GmbH (CLW) right from the start. Increasing cost pressures previously forced CLW to rethink its strategy. The automotive supplier had to configure its production more efficiently. The extraction technology in particular had to become more energy efficient. As part of the machinery modernization, the company expanded its portfolio with state of the art fiber laser technology. CLW expanded its production area by 800 sqm to a total of 4,000 sqm. The manufacturer planned for the future and designed the new hall for eight laser plants. As part of this, CLW tendered for a necessary extraction and filter plant. In the end, the company decided to use a central system by KEMPER – in particular on the basis of the integrated filter technology.

CLW’s actions are not uncommon. If metal processing companies invest in plant technology or expand their systems, then contemplating effective extraction and filter technology should be a direct consequence. Cutting processes – be it plasma or laser processes – make the use of extraction technology indispensable due to the large amounts of dust. There are three key reasons: 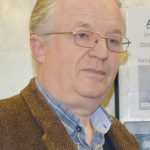 Extraction plants with effective filter technology prevent that cutting dust becomes directly a part of the hall air and thus ensures the longevity of the machines. Capturing the hazardous substances, leaves the visibility in the hall clear and the employees’ health is protected. For example, the general dust limit value for alveolar (respirable) dust of 1.25 microgrammes per cubic meter would be exceeded in a short time due to the dust quantity. Extraction systems with state-of-the-art filter technology provide companies with legal certainty, since the large part of the cutting dust particles is respirable like welding fumes.

The new acquisition of a filter plant is even more important since CLW mainly processes stainless steel. In the thermal separation processes, carcinogenic hazardous substances such a oxides of nickel or chromium (VI) compounds are generated. “In particular due to the special filter technology, we have decided to use the cutting dust extraction by KEMPER”, says CLW’s Managing Director Dr.-Ing. Dieter Burchards.

With the extraction and filter plant PlasmaFil Compact, CLW meets the production requirements. Furthermore, the system can also be used to capture large amounts of dust resulting in particular from plasma cutting. The plant also ensures effective occupational safety even if the laser intensity is high and several cutting plants are connected.

The model in Clausthal has more than 140 square meters of filter surface using 14 filter elements which extract hazardous substances from the air. The discharge grade is more than 99.7 percent. The filter even reliably captures carcinogenic nanoparticles under 0.4 µm from the air due to the integrated ePTFE filter membranes.

Filter technology convinces thanks to being different to conventional systems 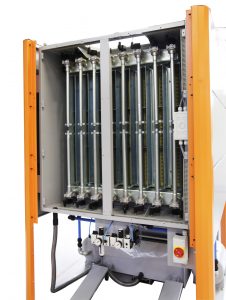 The filtering technology itself won CLW over due its difference to conventional air purification technology, or rather due to the type of filter: The arrangement of so-called plate filters generates an improved air flow within the plant. For this purpose, the entire filter material is available for air cleaning. Andreas Effing, Area Sales Manger North-East at KEMPER, emphasizes: “Our technology is very long-lasting, since plate filter technology does not require any moving parts.”

Cleaning occurs in the down-flow principle due to the horizontal installation of the filter technology. If required, the extraction plant discharges this automatically. The hazardous substances are “discharged” using compressed air bursts. From the filter chamber, they are discharged into the dust collecting container which is located directly underneath. Since this container is closed with a pneumatic device, this dust collection occurs without contamination.

The fiber laser systems run at full load 24 hours a day in three shifts. This generates massive amounts of fine dust. Once a week, the company has to empty the collecting container – and that despite its huge capacity. PlasmaFil Compact is able to collect more than 150 liters of fine dust. With a weight of 350 grams per liter, this is more than 50 kilogram of harmful substances which are filtered out from the air on a weekly basis – and this has been happening already since 2013 without any faults.

The individual machines are connected to two central extraction plants via a pipeline system. PlasmaFil Compact generates air flows of up to 9,500 cubic meters per hour. The plant – installed as an under the table extraction system – captures in each individual cutting cabin hazardous substances directly where it is generated. This means that the hazardous substances do not even reach the cabin and thus do no spread to the hall air via the automatic supply of pipe parts which connects the air space of the cabins to the rest of the production.

An integrated frequency inverter in the extraction plant adjusts the air flow automatically to the requirements of the production. Regardless of whether cutting occurs in only one workstation or all workstations at the same time: Constant, demand-based extraction performance is thus ensured at all times. The automatic adjustment of volume flow thus leads to substantial energy cost savings.

The SparkTrap system upstream from the filter technology discharges rough particles already prior to filtering and thus prevents filter fires. This extends the lifetime of the filter. Despite the small footprint (four square meters floor space at four meters high) and the low noise emissions of maximum 72 dB(A), CLW positioned the plant outside of the production hall. Thus, more space was created for actual production.

In principle, PlasmaFil Compact could supply the cleaned and already heated air back into the hall in a two-way system in order to save energy costs. However, since the hall air heats up due to the operation of the cutting robots alone, CLW consciously omitted this option. The exhaust air solution, for which the filtered air is discharged to the outside, however, is met with great satisfaction: “In the past, we have used plants discharging cleaned air which blacked the outer wall next the to discharge channel,” says Burchards. “Even after four years of usage nothing like this has been noticed using KEMPER’s filter technology.” 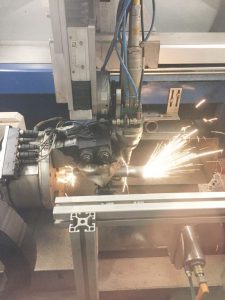 The fact that CLW designed the extraction technology for the long term in the same ways as for the cutting technology has proven to have been the right decision. After the company began fiber laser production initially with two cutting robots, the production of the automotive tubular components has been so successful, that today CLW already operates six fiber laser cutting machines. In 2018, Burchards wants to fully utilise the hall by adding another two robots. Currently each cutting machine processes 3,000 units per day – in a year, CLW manufactures 4.5 million pipe sections using its fiber laser technology.

For further production expansion, PlasmaFil Compact has the relevant capacity. Despite the high amount of hazardous material collection, no maintenance measures have been necessary since commissioning. Against this background, filter technology by KEMPER is seen as a positive investment: “Thanks to the filter technology, we have no acrid smell in the hall at all, the air in the production area is clean and free from particles. Our employees are therefore very satisfied”, summarizes Burchards.

Clausthaler Laser- und Werkstofftechnik GmbH is a specialist in the field of laser material processing. The company offers laser cutting, laser welding, laser curing and laser remelting as well as laser coating all from a single source. At its headquarters in Clausthal, Lower Saxony, on a total of 4,000 sqm, CLW manufactures on 26 machines mostly for the automotive sector. Founded in 1993, the company employs 60 staff.

Hazardous substances in welding fumes: How they affect the human body