Is it possible to weld optimally with extraction torches? In the past, they were often considered unwieldy due to the additional extraction elements on the torch, but this image is changing. Based on convincing test experiences, Aebi Schmidt Nederland B.V. decided in favour of a torch-integrated high-vacuum extraction system. Together with KEMPER, the Dutch spreader and sweeper manufacturer took its air pollution control concept to a new level.

The quality of the hall air was already at an acceptable level, but as a rule, it always tended to be very close to the maximum legal provisions. This was clearly not good enough for Aebi Schmidt Nederland B.V. with regard to the health of its employees. It is true that, in an international comparison, the Netherlands already has one of the lowest workplace exposure limits for production plants. However, the company – located in Holten in the eastern part of the country – wanted to improve the air quality in order to push the concentration of hazardous substances even further below the prescribed limit of 1 mg/m³, particularly in the welding shop.

“One focus at Aebi Schmidt was clearly on improving working conditions”, emphasises Facility Manager Steven Koenderink. “Air quality was one of the central issues here.” For example, the company wanted to completely ban hazardous substances with lung-damaging, toxic or even carcinogenic effects from production. These arise primarily in the MIG/MAG welding process used to manufacture the steel-heavy add-on parts. Increasing demand in recent years had generated more welding work.

The company’s development into the world’s leading supplier of systems for cleaning and clearing traffic areas as well as maintaining green spaces also brought with it higher protective welding equipment requirements. Aebi Schmidt wanted to continue this history with a healthy and satisfied workforce. After all, arguments concerning employee health are playing an increasingly important role in the competition for the brightest minds. Clean hall air as part of the employer image: In the search for a supplier of extraction technology, KEMPER GmbH from neighbouring Germany came out on top in the end. “Mainly because of the positive test experiences and the comprehensive advice we received in the course of our decision-making process”, Koenderink looks back. 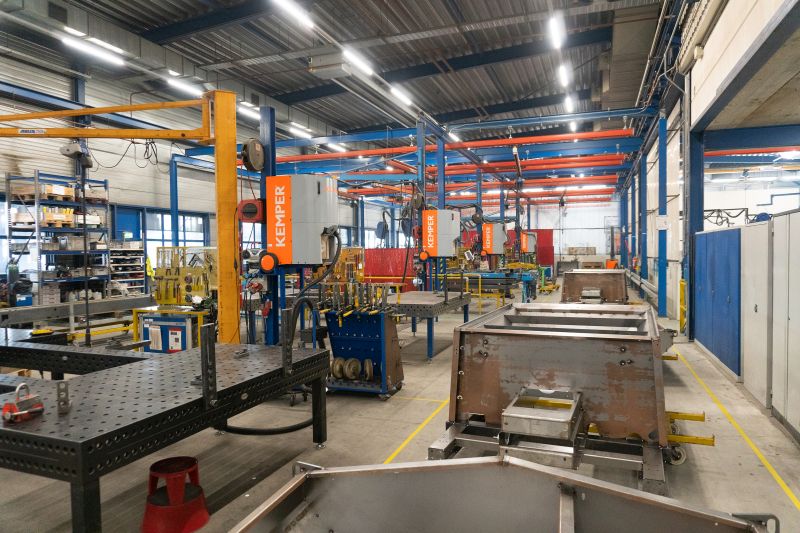 The requirements were clearly defined: The cleanest possible hall air in line with the needs of production. For example, the intake systems for the hazardous substances generated during welding should effectively extract them while maintaining flexibility in production. A fixed budget defined the framework for the investment in protective welding equipment. KEMPER adhered to these specifications from the outset and put together a customised protective welding equipment concept for Aebi Schmidt. To allow for possible adjustments to the welding shop layout, the manufacturer decided on mobile extraction units. The German company recommended welding fume extraction by means of high-vacuum systems with connected extraction torches. This was due to the following benefits:

As these systems continue to evolve, they are becoming more popular – but to this day their reputation for being difficult to use persists. Despite the initial scepticism, Aebi Schmidt agreed to a comprehensive test. The realisation occurred after just a few days: The high-vacuum extraction system used had extracted so much welding fumes that the manufacturer was convinced of its quality within a short time. Aebi Schmidt ordered several units at once.

After the order was placed, KEMPER quickly delivered a total of 13 high-vacuum systems to the Dutch company. Because they can each be coupled with two extraction torches, Aebi Schmidt employees are able to weld safely at 26 workplaces at the same time. The company benefits from the following aspects:

When it comes to the protective welding equipment concept, Aebi Schmidt, in cooperation with KEMPER, thought as far as a new general ventilation system that captures welding fumes during automated welding processes to also provide protection for the employees. KEMPER installed a push/pull general ventilation system in the welding robot gantry. This captures the rising welding smoke at a height of around four metres above the equipment. On one side, special extraction openings capture the hazardous substances. A customised ducting system according to the production conditions at Aebi Schmidt transports them to a central filter system installed outside the hall.

After separating the particles that are hazardous to health, the system returns the purified air to the outlets. Because the outlets are positioned a few metres away opposite the extraction openings, a constant horizontal air flow is created, which drives any welding fumes that have risen in the direction of the extraction openings. In addition, displacement outlets on the floor support the natural buoyancy of the welding fumes. Recirculation of the cleaned and already heated air also makes this principle energy efficient. A two-way distributor also allows some of the air to be discharged to the outside – and, at the same time, fresh air from outside is also reintroduced.

Thanks to the comprehensive protective welding equipment measures, the air in the hall has consistently improved according to Aebi Schmidt: “The air pollution control technology at the workplaces and in the robot gantry clearly exceeds our expectations”, says Koenderink. “Our welders are very happy with the improved air quality. We are always amazed at how many harmful hazardous substances the systems actually capture when we change the dust collection containers.” As a result, he says, the welder’s awareness of his own health during welding has increased immensely. And after an initial changeover to the new systems, even the handling of the extraction torches – that had a reputation of being cumbersome – is now very easy for the welders. 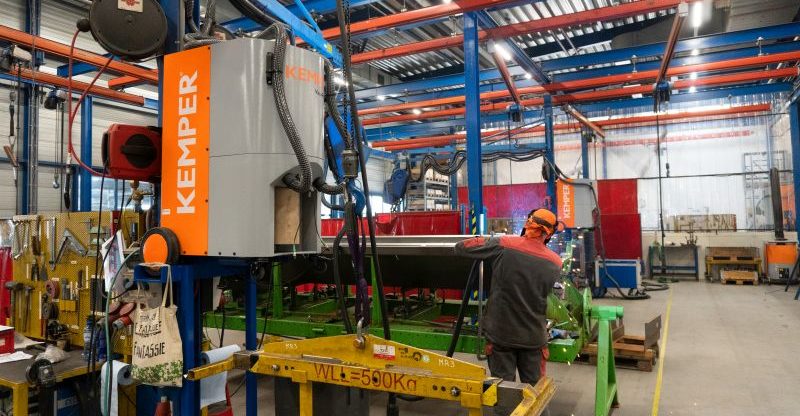 W3: That is why the IFA certificate is more a seal of quality than a pure test seal