W3: That is why the IFA certificate is more a seal of quality than a pure test seal

A W3 certificate: This is what most manufacturers of welding fume extraction units want. Because behind this is a test mark that is only awarded to units that meet the highest requirements. In Germany, it is mandatory for some welding work. Internationally, it is now considered an important mark of quality. About the history and significance of one of the most important test marks for welders.

W3 emergence: Beginnings in the 1990s

The origin of W3 certification goes back to a joint initiative of the German Welding Society (DVS) and the then Berufsgenossenschaftliches Institut für Arbeitsschutz (BIA) in the early 1990s. At that time, there was no uniform German standard for air recirculation in the area of welding fumes when dealing with carcinogenic substances. TRGS 560 was applicable: “Air recirculation for activities with carcinogenic, mutagenic and fertility-endangering dusts”, in which air recirculation was permitted for carcinogenic substances under certain conditions. However, this only applied to processes and equipment recognised by authorities or statutory accident insurance institutions – and there was no such thing for the area of welding fumes.

DVS and BIA jointly developed the first “Test Principles for Mobile Welding Smoke Filter Units” in the course of humanising working life. These specified the requirements for the filter units and how their compliance was tested. With appropriately tested units, the extracted and filtered air was then allowed to be returned to the working area The BIA test principles first entered German, European and finally international standardisation.

From these, the welding fume separation classes W1, W2 and W3 were later defined in DIN EN ISO 15012 with minimum filter efficiencies of 95%, 98% and 99% against welding fumes. The guiding principle of the development was the use of such equipment in the machining of unalloyed and low-alloyed through to high-alloyed stainless steels with their contents of carcinogenic nickel and chromium compounds. Since almost all manufacturers henceforth sought a test certificate for compliance with the requirements for the highest filter class (W3), the other two were eliminated over time. Since then, there is only W3. 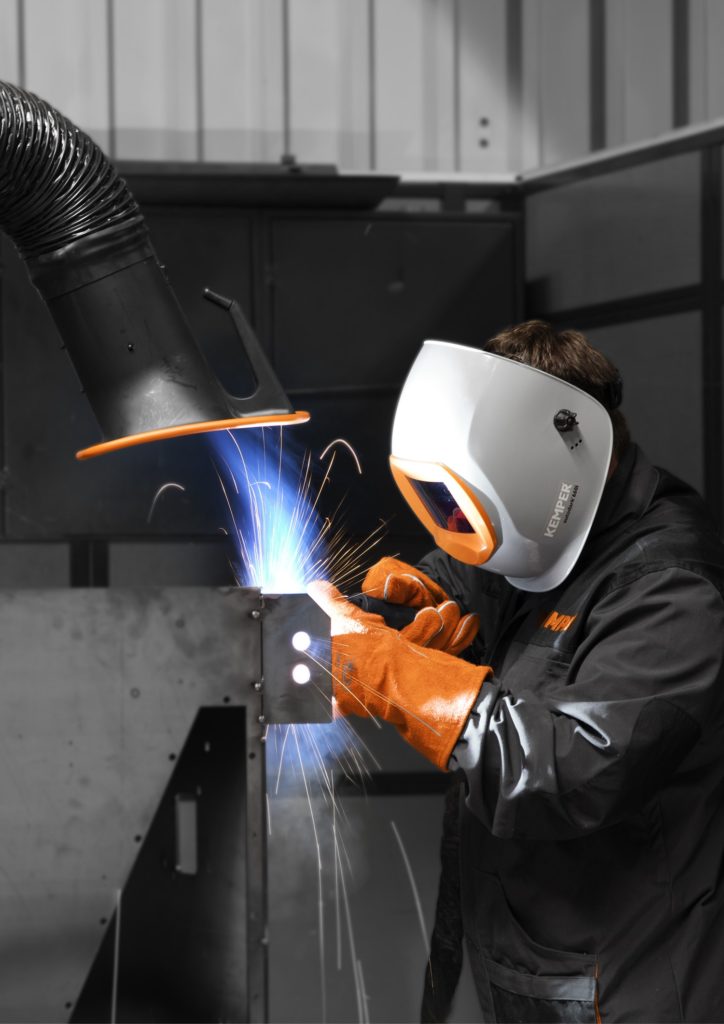 Other parts of DIN EN ISO 15012 dealt with the requirements for detection devices such as extraction hoods and nozzles (Part 2), the determination of the degree of detection of welding fume extraction torches (Part 3) and general requirements for such units (Part 4). During the last revision of the standard at ISO level, the entire series of standards was reorganised. As a result, all requirements from all areas are now included in Part 1. Only more extensive test procedures are covered in Parts 2 to 4. Due to this reorganisation, a new number range became necessary.

Since June 2020, the requirements which apply today to obtain W3 certification has been available in DIN EN ISO 21904. “Occupational health and safety in welding and allied processes – Equipment for the collection and removal of welding fumes”, Parts 1-4. These include amongst others:

Purely theoretically, any recognised testing institute would be allowed to perform W3 certification. However, this involves a great deal of effort and requires special testing equipment. For this reason, the Institute for Occupational Safety and Health (IFA) (which has since been renamed) is still the only one in the world to issue such certification. Therefore, in addition to “W3-tested”, there is also often talk of “IFA-tested”.

Meaning of the test mark: What is the benefit of W3?

In most cases, W3 certification is not required for welding. There is only one exception: Anyone in Germany who wants to weld stainless steels and return the extracted air to the work area after filtering needs an extraction system that has withstood testing by the IFA. This is prescribed in TRGS 560. This is because hazardous substances, some of which are carcinogenic, are produced in the process and must be safely captured and filtered.

However, the use of units with a W3 certificate, such as that recently obtained by the SmartFil from KEMPER universal extraction unit also makes sense when welding other materials. This is because W3 certification is now an important quality feature for welding smoke filter units. Anyone using such a unit can be sure that it has been tested by an independent body and meets the highest requirements. Many manufacturers therefore advertise the W3 certification of their units. For this reason, the test mark has now also gained great international significance, among other things because it is the only one in the world for which the special requirements for welding smoke filter units are tested in order to obtain it. There is simply no “alternative” test mark to the W3. This has led to IFA receiving requests from manufacturers across Europe as well as Asia to test their units against the W3 standards.