International cancer researchers determined that welding smoke is carcinogenic, in a recently published article. According to the cancer research agency of the World Health Organization, welding smoke has so far only been classified as possibly carcinogenic. With the new classification, the scientists adapted the estimation of the risks posed by welding smoke on the basis of new findings from several studies.

Welding smoke brings a large number of risks with it. Depending on the material and welding procedure that are used, the health limitations range from irritation of the airways to cases of cancer. The causes are the high number of ultra-fine dust particles and being exposed to welding smoke for a regular duration. 98 percent of the particles in welding smoke are smaller than 0.5 µm and can therefore enter the alveoli. They are able to get into the air sacs and change the genetic material. Whilst as late as the 1970s, nobody was thinking about the carcinogenic consequences of welding smoke, or welding smoke was, in part, even considered to be healthy, more and more new studies brought the risks posed by particles and gases to light. 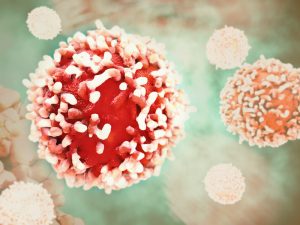 Against this background, the International Agency for Research on Cancer (IARC), a special division of the World Health Organization (WHO) for the bundling of global insights into cancer and intensification of international research, revised its estimation of 1989. Although the findings, at the time, hinted at a higher risk potential, the scientists classified welding smoke, at this time, as being “possibly carcinogenic”. And this was for two reasons: due to limited evidence in humans as well as due to insufficient evidence in experimental animals. UV radiation, however, was already classified as being in Group 1, the highest classification for cancer risks for humans (“carcinogenic for humans”). Since then, observational and experimental studies have gathered new evidence.

The new IARC evaluation now clearly proves that welding smoke is carcinogenic. After UV radiation, the IARC now places also welding smoke in Group 1 as being carcinogenic to humans. In addition, the studies show that UV radiation caused by arc welding is a risk factor for rare eye cancers. Various vision disorders, such as cataracts or damage to the cornea are rare in welders themselves, but have been found in surrounding employees.

The scientists compared relevant studies to the risks during welding and whether welding smoke is carcinogenic. Through this, they identified an increased risk of lung cancer for welders and also for surrounding employees. Breathing in asbestos and consuming tobacco do also play an important role in this group. However, there is no evidence that these factors, in and of themselves, cause cancer. The IARC scientists’ conclusion: These factors that possibly influence lung cancer do not explain the excess risk of lung cancer in welders. For this reason alone, the welding smoke itself is carcinogenic.

In addition, the study found that there is more limited evidence for the connection between welding and renal cancer. This can be caused, for example, by the use of trichloroethylene, a solvent for cleaning metals. Also due to the lack of available studies, however, the IARC did not recognize a relevant connection. However, strong evidence in numerous studies shows that welding smoke is not only carcinogenic, but can cause chronic infections and damage the immune system. In addition, the IARC research has shown that welding smoke can cause lung infections or infections in the cardiopulmonary circulation.

Welding smoke is now, incidentally, in the same risk category as radioactive substances such as plutonium, smoking, or chromium IV components.

Interview: “Metal processing companies use occupational safety to fight back against lack of professional workers”