40 years of KEMPER – the interview: “In former times, welding fumes were regarded as healthy to some extent”

With a gut feeling, courage and of course a set of reliable figures as a basis, in 1977 Gerd Kemper set out on a personal crusade: clean air at the workplace while welding. Something which in the early days appeared alien to his expectations actually turned out to be a vital business field. 40 years after establishing KEMPER GmbH – formed on 17th March 1977 – Gerd Kemper is now looking back on his company and its industry. 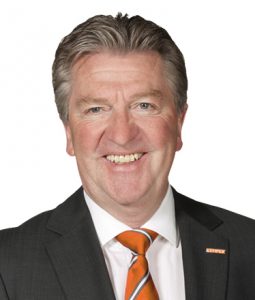 At this time, the first extraction units were already in use in Sweden. With his knowledge of welding fumes, Gerd Kemper developed his business idea for the German market. In the garage at his home, he built the first point extraction system in the DACH countries. From a one-man business, he formed the company into a world technology leader in the extraction systems field. KEMPER systems are now used in some 100,000 businesses in 50 countries throughout the world. The medium-sized company, with a workforce of 300 spread round the world, is listed in the University of St Gallen’s index of world market leaders. Gerd Kemper brings his expertise to important technical advances. He foresees immense potential for the future in clean air technology.

Mr Kemper, you are viewed as a pioneer in welding fume extraction: Do you now see your mission as completed?
Certainly not. To be sure, there are now many more companies which ensure that their employees receive adequate protection while at work. A clean working environment is critical, but it is by no means the end of the story. As long as there are still businesses which raise the roller shutters at the front and back twice a day to drive the blanket of welding fumes out of the air in the hall, there will still be much work ahead of us. Admittedly, we are much further forward today than we were 40 years ago.

How do you compare present-day conditions with those that existed formerly?
At the time, nobody would have dreamed that we would now be measuring fine particulate densities. The technical change over the past 40 years has been immense. At the time, we were pleased if welders definitely understood the health risk caused by welding fumes.

In former times, welding fumes used to be at least safe

At the time, was there no awareness of the health risk caused by welding fumes?
At the time KEMPER GmbH was formed, this was certainly not understood. Every welder was well aware of the risk of eye damage while welding. However, welding fumes were considered in former times as innocuous and to some extent even as healthy. This was an idea that more than one welding system manufacturer was trying to sell. This argument should be kept in mind: On one hand, welding fumes should not have any adverse effects on health, on the other there was a fixed daily ration of milk for welders – supposedly for detoxification. To this day, I have never understood how that stacks up. Even today, some still assert that milk helps to counteract the adverse effects of welding fumes. Of course, this is totally devoid of any scientific rationale. This has been proven.

However, symptoms such as those of welder’s fever were known much earlier. Was a blind eye simply turned to this?
Not merely that: The welder himself was even considered as partly to blame. I still remember well incidents in welding shops which worked with galvanized materials. On Mondays, by midday, half-way through the shift, welders complained of nausea. Sometimes, they even had to break off work to be sick. Many businesses said: “Too much booze over the weekend, yet again”, especially if the symptoms abated as the week progressed. With the knowledge we have today, however, the welders were simply suffering from zinc poisoning. As the week progresses, one’s body becomes increasingly accustomed to the contamination. The symptoms accordingly appear increasingly weaker. At the weekend, the body is decontaminated again and on Monday the whole process starts again.

If the symptoms really were so obvious, why were the early days for your new business venture so difficult?
There was hardly any awareness in Germany of the dangers of welding fumes. We had to do real pioneering work in the field – with all the imponderables. Before I established my company, during my work for a Swedish company I saw the first extraction units. Here, they were investigating the effects of welding fumes for the first time. At the time, Sweden was well ahead in the race, even if knowledge had not progressed by any means as far as it has today, of course. At the time, nobody in Germany had got to grips with this topic. Accordingly, the first three or four years were an uphill struggle for orders. We also encountered a fair number of setbacks.

How was this initial rejection expressed?
Investment in extraction systems was an unwanted cost factor for businesses. For welding system manufacturers, our approach was to some extent pure propaganda. Often, our ideas were not accepted: Your approach is destroying German jobs. The fear when faced with something new was immense. At the time, the accepted wisdom in the industry in general was: Environmental protection kills jobs. This later turned out to be totally incorrect. Instead, environmental protection created jobs.

What did the welders themselves say?
In the beginning, that was the second problem: Even welders who had been in the trade for a long time, for whose health our system was certainly appropriate, spoke out against the use of an extraction system. In Oberhausen, I had already persuaded the works manager to buy some extraction systems. This would have been a contract worth DM 10,000 – for the conditions at the time a super order. The next day he called me and canceled it abruptly.

What was his reason?
The workforce had vetoed it. They had the choice: An extraction system or their daily milk ration. They had decided on milk.

It would appear you had a really tough nut to crack! Despite all this, how did you manage to get a foothold in this environment?
I was lucky enough to have been working for some time in a field in which the German consciousness was changing gradually. Environmental awareness was becoming an increasingly emotive issue. And the more widespread this became, the more people were talking about health and safety at work and personal protection equipment. But nobody really knew how the ideas could be put into practice. I took a long hard look at the world of work and detected a great market here. Of course, the potential was not yet so great because of the negative attitude of the industry at the beginning. I took a long-term view. This belief in our idea was to prove rewarding. 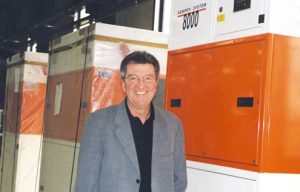 How did you finally succeed in expanding your business?
Of course, I approached welding businesses first – but in the main with the results I described earlier. With my knowledge of the dangers of welding fumes, I also contacted unions and reported the problems to them. In the training schools, I ran courses for trainee welders. Our extraction systems were becoming increasingly used in the schools. The trainees then took our idea forward into the businesses. One might say that this was a revolution from the bottom up.

How did matters proceed?
Recognition of the dangers caused by welding fumes was becoming increasingly precise. Initially, all we knew was: There is a danger here. However, we still could not move forward. The trade union then entered into the plan with a will and carried out investigations. It transpired, for example, that there were also significant dangers for the welder from the additives in the electrodes. This knowledge was voiced in statutory instructions. Mind you: This was certainly not the case at the start. Hitherto, our expertise has also been requested in the legislative procedure. However, we have never argued with the businesses over compliance with the law. We have always appealed to the health awareness of the businesses and their welders. We are also still doing this today. What use is the best extraction system, which filters even nanoparticles out of the air, if it is actually hardly used or not used properly?

In general, how has the technology continued to develop?
If I look back, technical progress has moved at a fairly rapid pace. After not even 20 years, for example, we were the first company with a so-called diaphragm filter in our range. These separate even fine dust particles in the region of 100 nanometers from the air. Now, we even have solutions for clean, contamination-free disposal of these dust particles. In the past year, we have networked space ventilation systems and extraction units and allowed them to communicate fully automatically. And today’s filter systems have absorption capacities six to seven times higher than in former times. Today, we even calculate the size of individual particles. This is quite impressive.

Today, the entire indoor air is the focus

In which direction is the sector moving?
The legislation must follow first. Today, there is the possibility of measuring the size even of individual fine dust particles with laser-supported systems. However, our industry still uses measuring methods that are totally obsolete for deciding the effectiveness of extraction units. 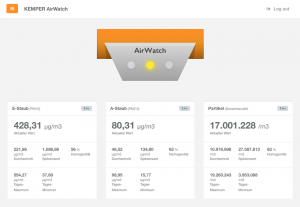 In former times, the current measuring method, used by the trade union to this day, was the best one possible. Owing to new measuring methods, the industry must also have a rethink in this case. For some time, we have therefore been committed firmly to a limit value measurement based on particle count and particle size – and certainly no longer based on weight. This is also playing out against a background, which we have increasingly adopted, of considering the hall air as a whole. Not only the welder himself needs protection at work. The employees working around him are entitled to clean air as well. There will actually never be a 100% capture at the source. Therefore we need systems such as our CleanAirTower, which clean the whole of the hall air. The principles of metal machining can again be transferred purely technically to other branches of industry with adequate development time. For us, there is still a lot of potential, but it has to be carefully considered.

Many businesses will certainly say about this: Yet again more on investments! What is your answer to this?
That you should not be viewing the decision for clean air technology on cost grounds alone. Thank God, the fundamental attitude to this has changed. In former times, it went like this: Extraction systems reduce productivity – caused, for example, by the tracking needed for a point extraction system. Today, it goes like this: Safety at work increases productivity – owing to a healthier employee and fewer absences. In former times, there was simply a competition for the best products. Today, there is competition for the best employees. These are usually to be found in modern companies, which recognize the needs of their employees. This was in former times much the same as today: Companies which think progressively move forward with health and safety for their workforce.