Heart attack, stroke or arteriosclerosis: Fine dust makes people ill. A recent study of fine dust in the specialist journal Lancet Planetary Health shows how great the impact of the small particles is on our health. The study also underlines the importance of occupational health and safety, especially in welding applications. Welders are exposed to even smaller and particularly dangerous hazardous particles at work: ultra-fine fractions and gases.

Fine dust is considered the most important environmental risk factor for health and is associated with three to four million deaths worldwide each year. Almost all organ systems of the human body suffer from the effects of air pollution. 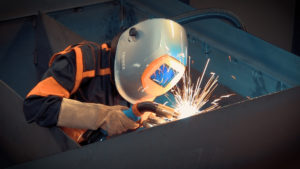 While the hazards of fine dust affect large urban populations, the welders among them additionally have to deal with hazardous substances in welding fumes. Ultrafine particles and gas molecules can even be as small as 0.001 µm. This is particularly dangerous because they even pass through cell membranes into the bloodstream and thus into the brain. There they can cause serious brain and nerve damage. Extraction of welding fumes at the source is therefore an essential health and safety measure for every welder.

However, there are hardly any well-founded indications and reliable findings for a threshold value above which health effects are the consequence. It was not until 2021 that the World Health Organisation updated the air quality guidelines: The new guideline recommends a mean annual fine dust concentration of no more than 5 µg/m³ for outdoor air. In the 2005 guideline, this value was still at a fine dust concentration of 10 µg/m³.

The reasons for updating the guideline are new findings on the health effects of air pollution. Accordingly, effects are not only observed at high levels of exposure, but even below the legal limits. As a result, when setting standards, an attempt must be made to achieve the lowest concentration that is feasible in the immediate environment – from road traffic to industrial applications.

According to calculations, good air quality has a greater economic benefit than the costs that would be incurred to keep the air clean. Better air quality and the associated avoidance of fine dust have numerous positive effects – whether on climate change or health protection, for example of welders. 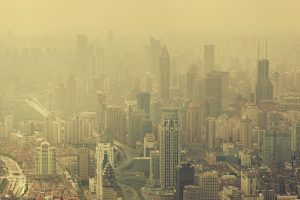 According to the modelling study published in the journal Lancet Planetary Health between 2000 and 2019, about 86 per cent of people lived in cities that exceeded the WHO guideline value from 2005. The study said unhealthy fine dust pollution caused about 1.8 million deaths in 2019. The researchers assume that about one third of the deaths could have been avoided if the cities had adhered to the WHO guideline value of 10 µg/m3.

The average fine dust pollution per cubic metre in 2019 was about 35 micrograms, this value is seven times higher than the WHO guideline value of 2021. A value at this level leads to 45 to 77 premature deaths per 100,000 inhabitants, according to the researchers. The largest increase in fine dust was again recorded in the cities of Southeast Asia and India: Deaths caused by fine dust have increased by 44 per cent. Even though fine dust concentrations have decreased in European and American cities, fine dust is still considered a risk factor for the health of everyone living in urban areas.

Nevertheless, it must be kept in mind that the results of the study are estimates. It is difficult to establish a link between fine dust and diseases or the deaths associated with them. The deaths cited in the study can therefore not be attributed to fine dust alone. So fine dust is not the sole cause of death. Rather, it is the diseases promoted by fine dust, such as lung cancer or strokes, that lead to death. If the air were cleaner, fewer people would fall ill and die prematurely. A combination of improving air quality and public health would lead to a reduction in air pollution-related mortality, according to the researchers.

Responsibility in occupational health and safety: Who bears it, who is liable?